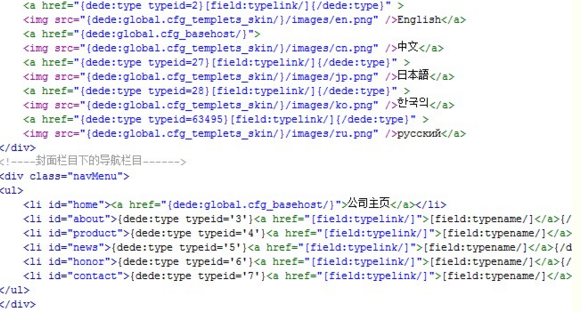 The advantage of using the static method is that the page is directly output to the client, and does not need to be run on the server. It takes up less server resources and the system can support more concurrent connections. The disadvantage is that a set of page files is created for each language. Many contents are stored in different languages ​​even if they are not related to languages, so they take up more storage space.

The advantages and disadvantages of using dynamic and static methods are exactly the opposite. Its advantage is that there is only one set of dynamic page files. Text in different languages ​​is stored using language variables. Only language-independent content is stored in one copy, which takes up less storage space. And it is easier to extend the new language. The shortcomings need to run on the server, and then input the results to the client, occupying more server resources, the system can support fewer concurrent connections.

Due to the increasing number of dynamic applications on the website, a considerable number of websites will also use files or databases to store application information, so if the content stored in the files or databases is language-dependent, special attention is also required. For the information stored in the database, the following methods can be adopted to support multiple languages:

2. Multi-language support at the table level: create separate tables for each language, users of different languages ​​operate different tables, but they are in the same database.

Since there is a large amount of information in the database (such as logos, codes, numbers, etc.) for internal processing, it is language-independent, so supporting multiple languages ​​at the database level will result in a huge waste of space, and supporting multiple languages ​​at the field level The biggest problem is that once you need to support a new language, due to the need to modify the table structure, it is very troublesome to maintain and has poor scalability.

The issues that need to be noted are: some fields in some tables are shared by different language versions of the table (for example, inventory). Due to the relative independence between the tables in various languages, data sharing is difficult. There are two solutions:

2. Add a new table: put all the fields shared by all languages ​​(such as cargo number, origin code, etc.) in this table. The multi-language table only stores fields related to various languages. Users of different languages ​​need to operate two data tables when using the database.

In comparison, the second method is simpler, more efficient, and easier to maintain.