The implementation of sections and ideas is simple. It lies in the awareness of the rules, the clarity of the ideas, and the execution of the details.

foreign tradeenterpriseMarketing platform的Small language website+Shijiazhuang, HebeilinkedinLinkedInsocial media+vrPanoramic Marketing Platform of Shijiazhuang, HebeiJointly creating brands and categories for a wider range of ranking and occupation is actually very simple, and the ideas are basically the same.

Internet foreign trade lies in the globalization of English and the localization of small languages.

Maybe I don’t think it’s necessary, and my product is good enough, there is no need to do itSmall languageInternet marketing。

Maybe think noSmall language operationCommissioner, there is no way to do wellSmall languageWebsite operation, The cost is relatively large, the problem of investment and return.

Entrepreneurship is the process of precipitation and accumulation.The layout of Internet brands and categories is the same as that of space occupation.

Then,Small language website constructionWhat are the roles and problems for foreign trade companies?

1. The premium effect of the brand

Many foreign trade companies do not even have a Chinese website. As a Chinese company, they do not have their own country.小Language WebsiteWhat do overseas customers think?

The overall layout of the website directly affects the number of inquiries, and the independent website of the small language is one of them (except for the main site with English, and the other small languages ​​are sub-sites).

Especially when the domain name is used as a corporate brand or name, if there is a mainstreamSmall language independent website(German, Spanish, French, Italian, Japanese, etc.), potential customers will think that this company has good strength and is an influential enterprise.

Then, the conversion rate of the inquiry will be much larger in the subconscious of potential customers.

Second, the opportunity of exposure

But manySmall languageOperationLocal customers have the opportunity to be exposed in front of them when searching, our China is global128The largest trading country in each country, which shows that most of our industrial products are exported to their markets.

And many end customers have begun to purchase directly without going through their channel dealers or engineering companies.

What does this mean, it will be realized in the futureC2BMode. There is another reason. Now most of China's industry products are relatively mature and the supply chain is relatively complete. 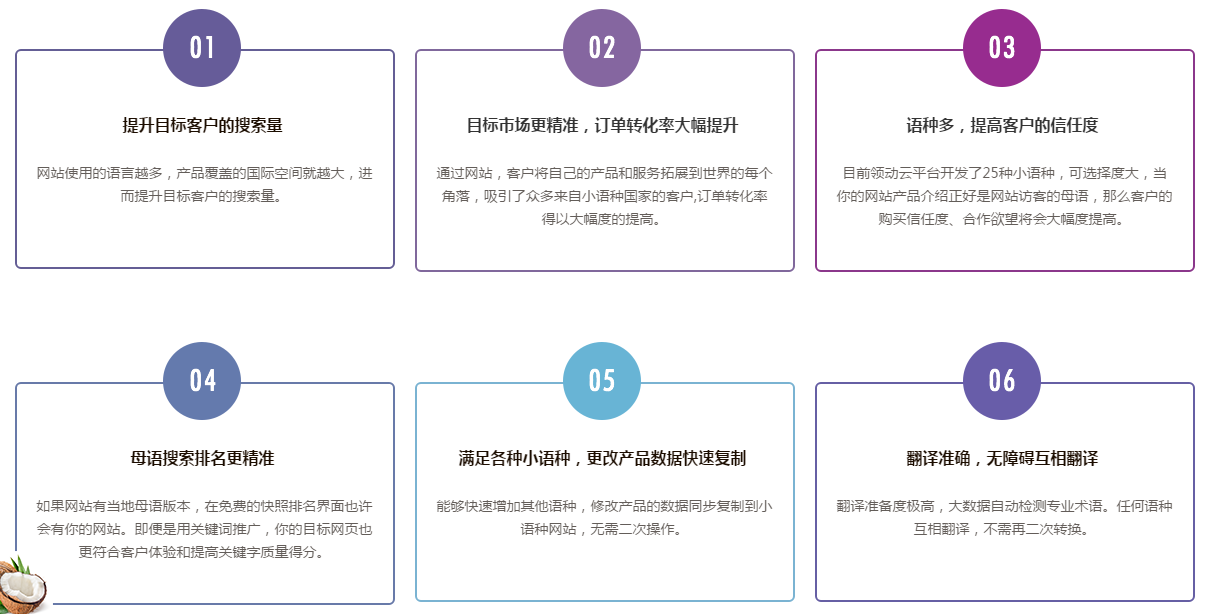 Most competitions in English websites are fierce, except for very subdivided and unpopular industries.Small language websiteIt helps to further seize market share. No matter which platform you are on, the more companies you do, the harder it is to do. The marketing cost and time cost are much larger.

Small languages ​​are currently an opportunity. When competition is low, whoever does it earlier will have the opportunity to occupy a place.

onSmall language promotionOperationIn fact, it is not as difficult as imagined!